On the 11th hour, of the 11th day, of the 11th month the United States remembers its Veterans.  Originally, the day was observed as Armistice Day, in honor of the end of the First World War.  After the conclusion of the Second World War, President Eisenhower officially changed the name of the holiday to Veterans Day and today it commemorates the Veterans of all wars.

Founded in 1889, New York Military Academy by Lieutenant-Colonel Charles Jefferson Wright a veteran of the American Civil War, NYMA graduates have served in the Spanish American War, the Mexican Campaign of 1916, the First World War, Second World War, the Korean War, the Vietnam War, Desert Shield/Desert Storm, and the Global War on Terror.  In recognition of their service, plaques honoring those who served grace the halls of the main academic building of the Academy and its stained-glass windows of the Academy’s Davis Chapel.

Each Veterans Day the Academy’s Cadets represent the school at the Cornwall Veterans Day Parade and Service.  The Corps of Cadets, the Honor Guard, and the Color Guard are on hand to salute those Veterans, living and dead, who have served their nation in times of war and peace. 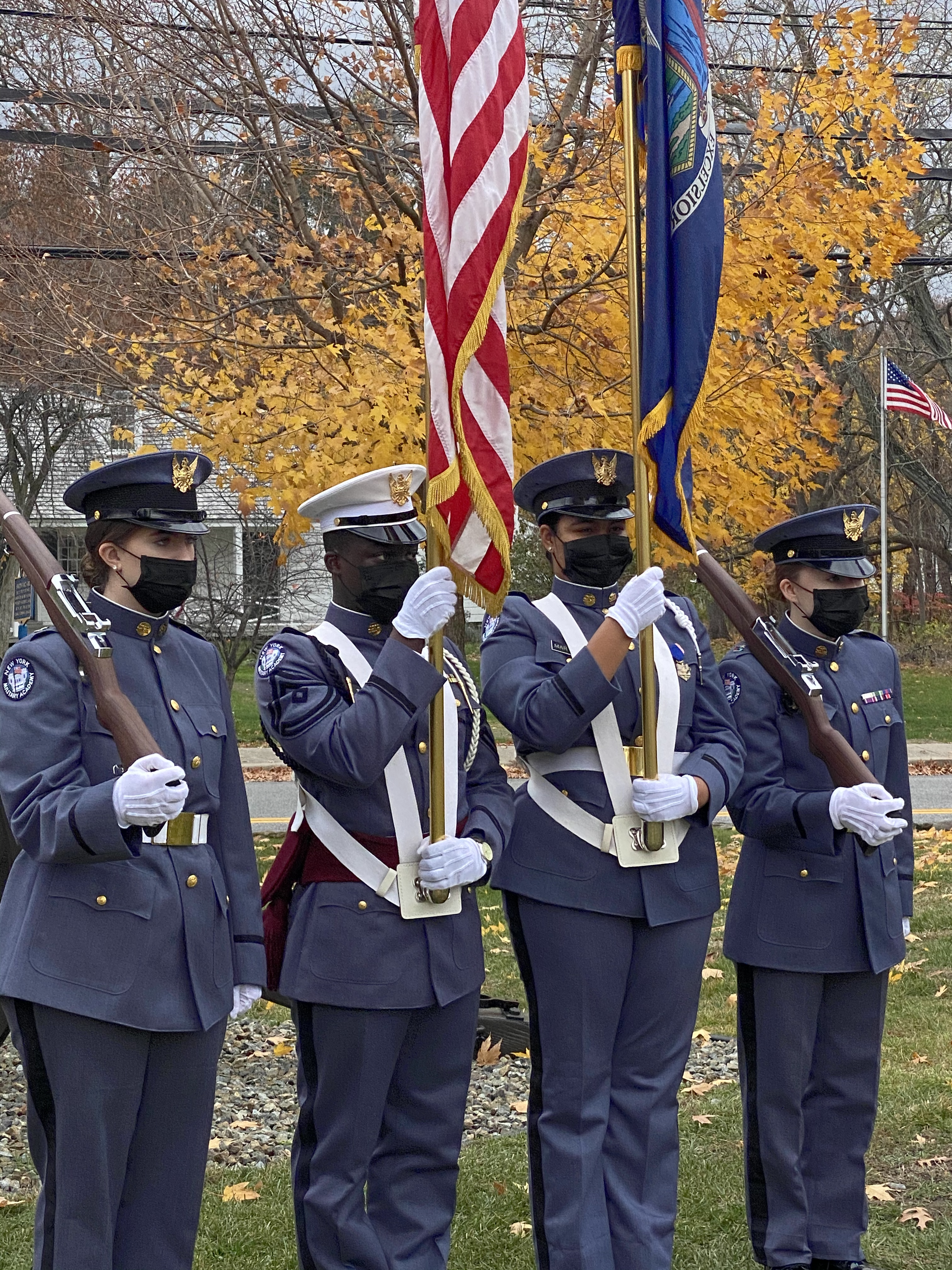 A Leader Embodies Honor, Integrity, Influence, and most importantly Gratitude

“Leaders instill in their people a hope for success and a helix in themselves.  Positive leaders empower people to accomplish their goals.”

Lots Going on at the New York Military Academy

NYMA Graduates and their families celebrate their accomplishments!

This week has been a difficult one for our cadets, as they have been in quarantine for the last week talking at a distance but

Consider donating and help us make the next generation
"Toujours Prêt"

If your child is a cadet at the
New York Military Academy
and you wish to make a payment online.

Support NYMA when you shop online with Amazon